Rupert Holmes tests the new SailProof android tablet, a ruggedised tablet for use for cruisers and racers at sea 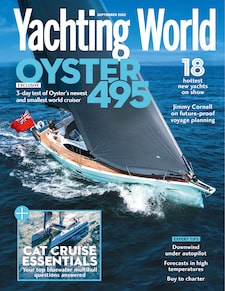 I’ve long thought that ruggedised Android tablets represent a threat to traditional marine MFD and instrument displays. They can be used very flexibly, either running a wide variety of apps, including charting, routing and anchor alarms, or as an additional large display for instrument data.

To date, the big marine manufacturers have done an excellent job staying ahead of the game, rolling out ever better displays with new and useful features. Nevertheless Belgian sailor Jean-Michel Waroquier also recognises the potential benefits of a ruggedised tablet – to the extent that he has developed a range of units specifically designed for sailing, but at a competitive price point.

His specification was a demanding one including a high-capacity battery with ample power for a long day afloat, plus a screen that’s properly readable in full sunlight, an IP67 shockproof case, a quality GPS with excellent accuracy, plus a touchscreen that works in the wet and with gloves.

Over the past few weeks I’ve been using the 8in version, notching up around 1,400 miles of sailing, primarily yo-yoing back and forth on Zest between Les Sables d’Olonne and the Solent, including the La Trinité to Cowes and Cowes to St Malo races.

First impressions are that this is a robust, neatly packaged and carefully thought out unit. There are several methods of charging, for instance, including 240V, 12V, USB-C and USB-A to 5V, which makes it very convenient to use whether at home, passage planning over breakfast in a cafe, or on board. The only downside is the unit is not fully waterproof while it’s being charged. However, battery life is excellent – there was still 50% charge left at the end of my longest trip (64 hours), when I was using it for routing and passage planning, although it would clearly not last as long in continuous use as an instrument display.

When used with Navionics, which is far cheaper for a tablet than for an Multifunctional Display (MFD), it’s extremely fast and crisp. I also used it a lot with the SailGrib WR weather and routing app. This proved to be a powerful and very cost effective combination, although performance is slower, especially when calculating complex routes using high resolution weather data.

Further benefits compared to most conventional MFDs are that you can use it for email, browsing the internet, watching films and so on, as well as take it home for passage planning. The unit is compatible with Scanstrut’s ROKK range of mounts, which gives a wide choice of mounting options.

There’s also a 10in Android tablet in the range, which would definitely be worthwhile for the larger screen. In addition there’s a 10in Windows tablet, which promises to be an excellent option for anyone who uses Expedition or Adrena for routing. 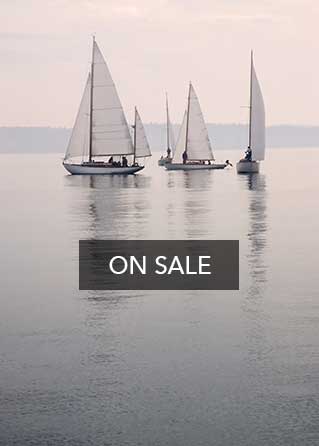